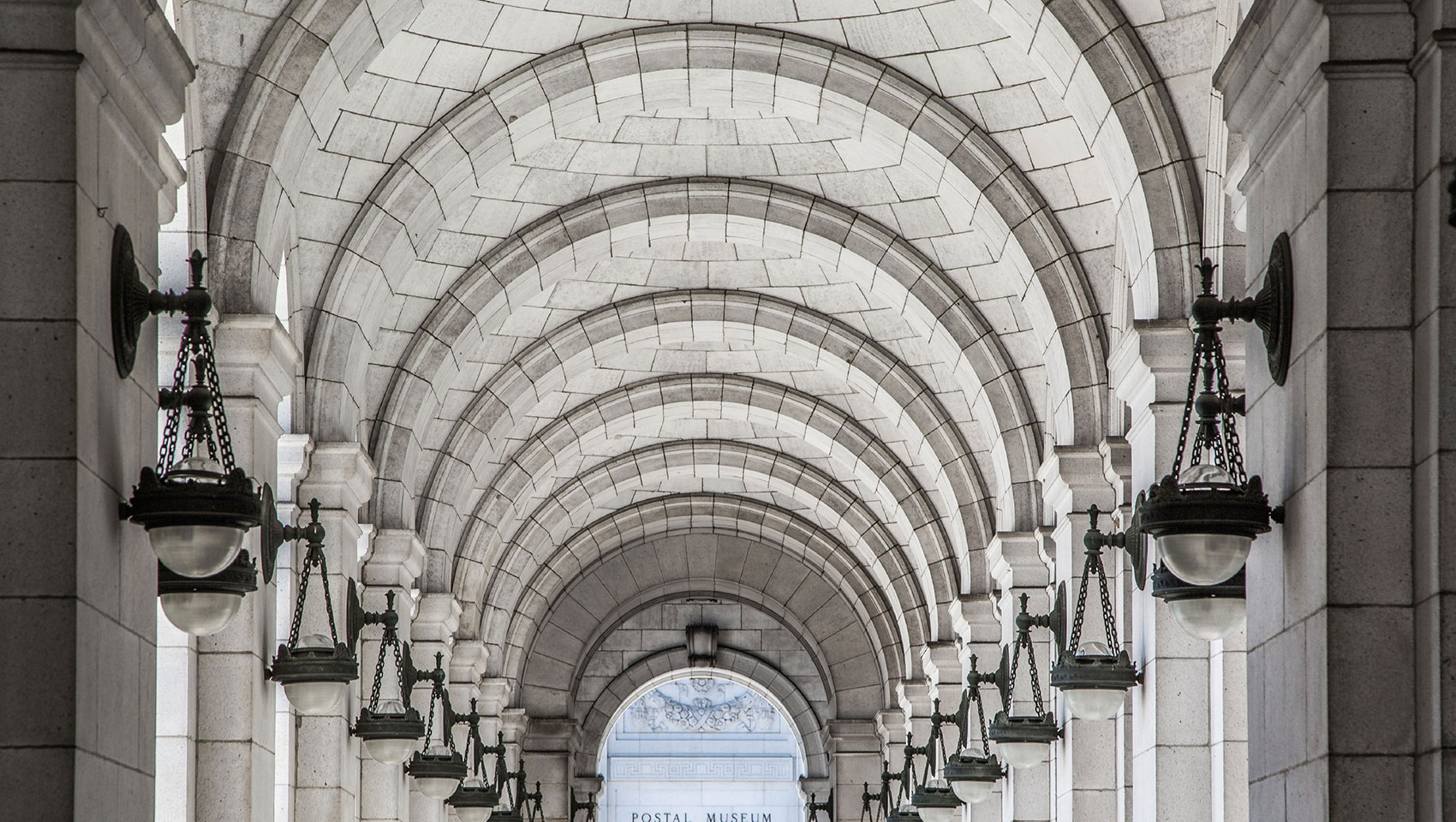 Rolling into town is a cinch, thanks to Kimpton George Hotel’s location one block from Union Station, a major East Coast transportation hub and leisure destination in downtown DC. Designed by architect Daniel Burnham as the first piece of a city beautification master plan, Union Station officially opened on October 27, 1907, at 6:50 a.m., when the Baltimore and Ohio Pittsburgh Express chugged into town. (The venue was ultimately completed in 1908.)

Today the bustling, grand station serves as Amtrak's downtown headquarters (with an annual ridership of more than 5 million), and the DC Metro’s red line comes through here, too, with connections to both Reagan National and Dulles International airports. Travel between the capital and downtown Baltimore or Baltimore/Washington International Thurgood Marshall Airport is made easy thanks to MARC trains, Maryland’s commuter rail system.